We’re just about half-way through summer, and I have to say that it has not flown by quickly like most summers do, nor has it dragged by slowly.  It’s just kind of been……moving along, much like my kitchen renovation.  We had hoped to be finished by the end of June, but that turned into mid-July, and now I’m thinking the most realistic endpoint is mid-August.  Who am I kidding…..it’s going to be September.

Here’s a before pic…..this wall separated the kitchen from the family room:

And a during picture: 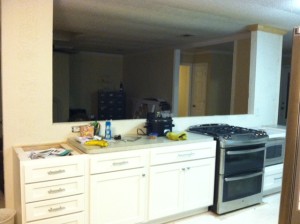 I can’t tell you how much better it is with the wall gone.  I’ll post more pictures soon, once the new counters are installed, backsplash is tiled, it’s all painted, floors are installed, etc……

Fortunately we didn’t start by gutting the entire room, and have been able to keep my appliances in place and working the entire time.  We’ve had to be creative with a few meals due to contractors in the house and/or some serious mess, but I am grateful that I haven’t had to resort to a hot plate to cook meals, nor to washing my dishes in the bathroom sink.

That said, we’ve reached a point of near-normalcy, and I’m itching to get back to a better cooking routine.  This week’s menu is my attempt at that…..which I’m posting a day late, but hey, it’s summer.

Monday:  Stir Fry (I subbed chicken, and have changed up the sauce a bit……adding more soy sauce/coconut aminos and sriracha during cooking)

Tuesday:  Sweet and Sour Meatballs (the kids have been BEGGING for these, basically a version of this meatball with sweet and sour sauce), roasted Brussels sprouts (cooked like this)

I spent about 15 minutes on Sunday prepping some veggies, peeling and slicing about 2 pounds of carrots, then peeling and grating one very large sweet potato and a few zucchini.  The carrots are for snacking, the sweet potato for sweet potato hash, and the zucchini to add to the meatballs and to make my own version of these pancakes, which are really more like an omelet, so don’t be fooled into thinking it’ll be like a pancake.

In any case, the 15 minutes I spent on Sunday saved me time spent later in the week. And here’s another simple time saver:  chop a whole onion when you only need half. Last night I need about half an onion for the stir fry, but I know I’ll need more later this week for something….the meatballs, sweet potato hash or a fritatta.  Chopped onion keeps well in the an air-tight container in the fridge, so go ahead and chop up as much as you think you’ll need for the week and save yourself some time…..and tears. 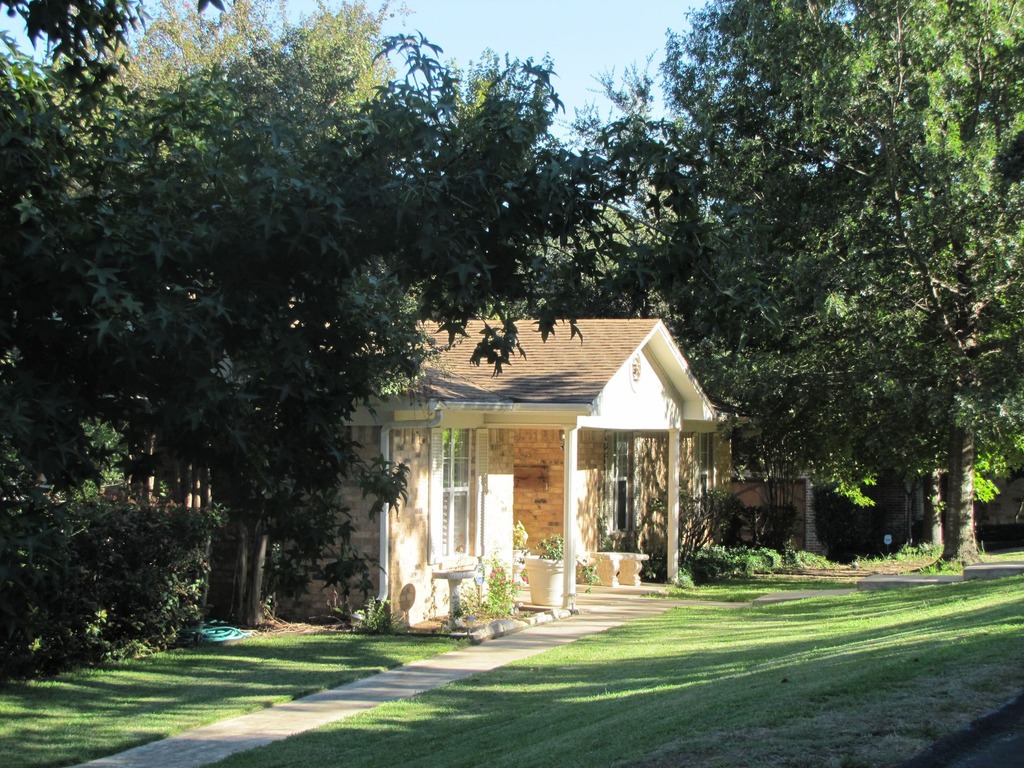 Cassidy and I are currently at our desks, typing furiously, trying to write posts about this week’s events…..our not-really-big but not-so-little-move (you can read his post here). It’s been about six months in the making, and we are so relieved to have finally moved out […] 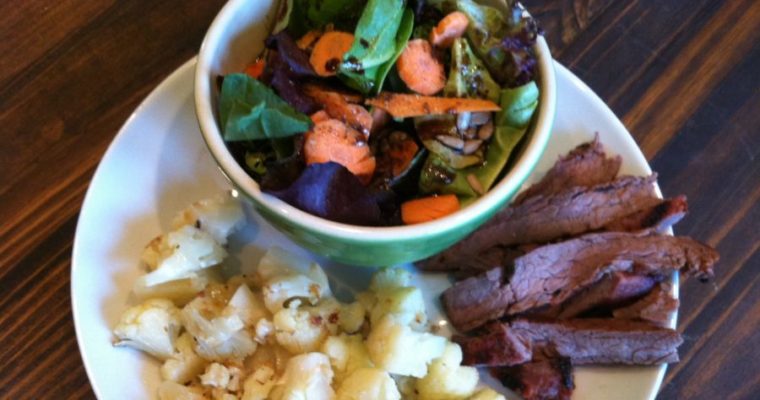 This dinner could not have been easier, and was finished start-to-finish in less than 30 minutes (after marinating). Grilled Flank Steak: enough flank steak to feed your family, mine was maybe 2 lbs? your favorite salsa Pour some salsa in a large dish, add steak, […]